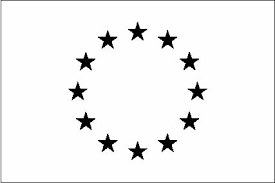 Help! I’ve just realized that Nigel Farage is my fault. In a manner of speaking. When contemplating the European Parliament elections on May 23, I realized that I didn’t know who my MEP was. Shocking, I know. More on that later.

I have just found out – oh, the ignorance – that I live in the area covered by the South East Region for electing MEPs. Ten MPs are elected to represent this region. All of them are supposed to represent everyone in the area, which comprises nine counties, from the Isle of Wight to Oxfordshire.

Top of the list? Nigel Farage. He is my MEP. He represents me. Others include arch-Brexiter Conservative Daniel Hannan, UKIP’s Raymond Finch, former UKIP leader-elect and current Brexit party representative Diane James, and Janice Atkinson, who was expelled from UKIP for bringing the party into disrepute (UKIP!) The others are one more Conservative, one Green, one LibDem, one Labour.

I didn’t vote for Farage, obviously, or for Atkinson, or any of the others. This isn’t a comment on the version of proportional representation which is used to choose the MEPs. I didn’t vote for Farage because I didn’t vote at all. I think I was just busy that day, whenever it was. The European Parliament will probably survive without my vote this time. With hindsight, my complacency was shameful and inexcusable. Although I was all for Europe, and for living in Europe and beyond, and supportive of the European Union as a great peace and collaboration project, and for learning languages – all the while imagining myself wafting around ‘salons’ discussing erudite literature while I studied — it never really occurred to me to follow the nitty gritty or even get minutely involved.

As a journalist, I was often told that stories about the EU were boring (especially, I suppose, the detailed, nerdy articles I might have been inclined to write about process, compared with the amusing distortions about bendy banana regulations and banning sausages written by a certain other journalist/politician sporting a distinctive thatch of blonde hair).

Having been used to the UK being a paid-up member of the European Union and its predecessors almost my entire life, I was lulled into a sense of security. Europe and the EU were always part of our lives and always would be, so we could safely mock it, laughing at Yes Minister asides ridiculing Brussels as a place where bureaucrats had their ‘snouts in the trough’ of unearned indulgences, and sniggering at the Sun’s “Up Yours Delors!”-style headlines. Even some of the war-related analogies and insults seemed just funny and harmless.

It was only, I realize, once the referendum was announced and I was asked to write properly about the EU for the first time, that I began to really learn what it was all about, and see how wrong all those clichés were. Now I belong to what I expect is a sizeable proportion of the British electorate which is becoming more expert on the issue by the day.  But even so, it was only in recent weeks that I decided to take a look at the MEP situation and realize that Farage wasn’t simply the product of a mythical far-off xenophobic utopia, but one of those pro-Brexit wreckers elected partly thanks to my failure to turn up on the day. I was always too busy, not thinking. There is always an excuse. Except there is no excuse. Certainly not now.

The election for MEPs on May 23rd may be a pointless exercise. It could be that they go to Brussels for a few months and are sent back once the UK has left the European Union.  But that may not be the case. If Brexit is somehow stalled long-term or abandoned, these MEPs we elect this month will continue to represent us in Brussels as well as enjoy their 70,000-odd pound salary thanks to our support. I don’t think I can stand by and let the surge in British anti-EU MEP happen again. It may be a small and futile gesture, given the support the Brexit Party seems to have across the part of the electorate that does bother to vote in these things, but trying is better than leaving them to it.

There is another point, made this week by Sky’s Adam Boulton, that actually the results of European Parliament elections have been nationally important for decades. The rise of UKIP was cemented when they came top in a nationwide election for the first time when they secured nearly 27.5 percent of the vote and 24 MEPs (Labour was on 20, the Conservatives on 19) in the 2014 European Parliament Elections. This was followed by a spooked David Cameron allowing his party to edge further to the right and ultimately giving in to the demand for a referendum on EU membership. All this for a vote decided on a turnout of just 35.6 percent. A greater turnout would almost certainly have harmed UKIP.

Although there is much disillusion among Remainers that anti-Brexit parties, including the Liberal Democrats, Change UK and the Greens, are not forming pacts in this election, a large total share of the vote for those and for other anti-Brexit parties elsewhere in the UK could at least mean something. It could show that, even though we might not be able to stop him taking his destruction back to Brussels, we are standing up to be counted. Brexit Party leader Nigel Farage is already billing this as a de-facto referendum.

So, for goodness sake – vote.